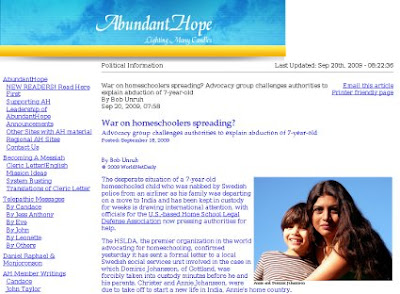 Ron: I assume that the Swedish government secretly "owns" children whose birth is registered with them in the same way that the US, UK and other governments covertly claim ownership of children whose birth is registered with them. Really it is time that this Strawman Illusion nonsense is brought fully into the light of day - and eliminated. Let's have stasis and move on. What more can be gained by endlessly putting parents and children through the diabolical matrix created by the Adversary for the delectation of other dimensional entities and robots. Enough is enough already!
Posted by pennan at 4:19 AM