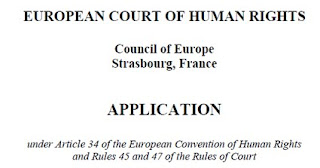 On June 26th, 2009, Domenic Johansson, a seven year-old boy (born on September 9, 2001) who is a dual citizen of Sweden and India, was seated in a commercial airliner awaiting departure of a flight to India. Without a court order or any kind of preliminary notification, Swedish authorities boarded the plane and removed Domenic from the custody of his parents, Christer Johansson (a Swedish citizen) and Annie Johansson (an Indian citizen). The sole purpose of the removal of Domenic was to prevent his parents from moving with him to India.
At the time of the removal, the sole issue that motivated the actions of the Swedish government was the fact that Domenic was being homeschooled. No other information concerning minor medical issues (which have arisen since the boy was unlawfully removed from his parents) was known to any Swedish authority at the time he was peremptorily removed from his parents.
Swedish officials removed this boy from an international flight solely to prevent his parents from moving to another nation and from educating him in a manner that is lawful in India, in Sweden, and in a majority of nations.

Read the full document
Posted by pennan at 5:40 PM