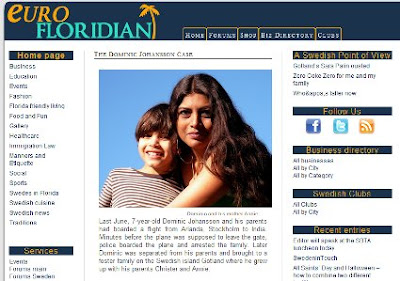 Now four months later the family is still waiting for the final verdict. It is remarkable that a politician, Lena Ceilot, that has been elected to watch over the welfare of children and youth, puts herself above the Swedish School Law and claims that she is going to fight for the boy’s right to go to school when she should have made sure that parents that do want to home school, an alternative that is allowed by the Swedish law, get the proper instructions on how to apply for this option. The fact that uniformed police was used in a law enforcement activity involving a child is against Swedish praxis and inhumane.
Posted by pennan at 1:34 PM